You are here: Home1 / About Bed Bugs 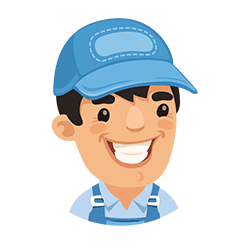 The Cleverest Pest of Houston!

This is often the first indication of an infestation so it is not surprising that this is the first question many of our customers ask. What do bed bug bites look like? They are often hard to distinguish from other insect bites and they itch constantly. This is one of the many reasons bed bugs are so traumatizing to live with. Bed bugs survive by feeding off of human hosts when they are unaware, so many times this is while we are sleeping. The bites have not shown to transmit diseases but new reports are emerging that state that bed bugs may be capable of transmitting Chagas disease. This is still a theory but could eventually become scientific fact upon further studies.

Go to our bed bug bite page to learn more. 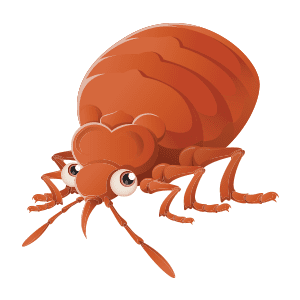 The scientific name for bed bugs is Cimex Lectularius. Colloquially in Spanish speakers call these bugs,  Chinches De Cama. They have also been called “red coats” or “chinch”.

Although the bed bug has many different names, adult bed bugs have a very distinctive appearance. They are oval shaped six legged insects that are brown or reddish brown in color (depending on how recently they have fed.) Their bodies are flat and they move quickly from location to location.

Young bed bugs have a different appearance, however. They are even smaller than adult bed bugs, which are usually around 4 mm long. Juvenile bed bugs are transparent, making them very difficult to spot. Being able to identify a bed bug from other pests is absolutely crucial to eradicating these creatures from your home.

View our photos & videos if you dare!

Other Qualifiers for Bed Bugs

Bed bugs are mistakenly referred to as a parasite due to the fact that they live off of the blood of mammals and more preferably humans due to their lack of fur. Bed bugs are not parasitic however because they do not enter the host, but rather they live in the host’s domain. This is why pest control professionals sometimes refer to bed bugs as a “nest pest”.

What makes bed bugs so difficult is their uncanny ability to hide from the host while making elaborate family structures and communities inside of a home. Although the name “bed bugs” indicates that these pests are found in beds, they often hide in even more difficult places to find such as linens, cracks in foundation, corners, inside other pieces of furniture, wall outlets and just about anywhere else they can find. These hiding places allow them to move around the house and into your bed freely when you least expect them.

Many think that bed bugs are creatures of the night but this has actually been disproven. Despite reports of nocturnal behavior, bed bugs have no qualms about feeding during the day. It is just often easier to catch hosts unaware at night. Several of our customers have said that they have found bed bugs feeding on them during the day and in bright rooms.

People tend to have negative connotations about homes that have bed bug infestations. It is a common myth that bed bugs flock to dirty homes or places where there is little hygiene but this is incredibly untrue. Although clutter makes a good place for bed bugs to hide, infestations have been reported in celebrity homes, hotels, hospitals and more, proving that hygiene has nothing to do with whether or not these pests infest a space.

Life Cycle of a Bed Bug

Did you know that bed bugs can have as many as 4,000 babies in a six month period and grow to mating age in under a month? It is incredible just how quickly infestations can proliferate. And due to just how clever bed bugs can be, in keeping their infestation hidden. Just how rapidly an infestation can spread depends on how reliable of a food source is available.

Fun (and scary!) fact: A female can mate only once and lay eggs for a lifetime.

She can lay up to five eggs every day, and upwards of 500 eggs in a lifetime.

Ten days later, eggs hatch. What emerges is a small and transparent bed bug that is ready to begin feeding like their adult counterparts.

With enough sustenance, the population will increase exponentially to more than 30,000 strong in only a few short months.

Enjoying the Comfort of the Great Indoors

The great indoors are not just enjoyed by us humans but also unfortunately by bed bugs. They have a preference for a controlled climate, captive hosts and a nest for them to breed in and unlike other pests, bed bugs are transmitted from place to place via humans. This has made a lot of people confused as to how bed bugs spread and the answer is simple. Bed bugs hide in clothing or bags, backpacks, luggage, purses and other personal items that people transport from place to place, unknowingly taking part in their new infestation. Bed bugs can also be found in furniture. Some reports have even stated that infestations have occurred due to a maid not changing a bag in a vacuum, thus bringing the bugs to each home she vacuumed.

You may have an infestation if you find:

Sometimes there is no visible evidence, even if a bed bug infestation is present. Click here to find out if you have bed bugs to learn more about how to find them.

Think You Have Bed Bugs? Ready to Take Action?

Get in touch with us today for a free inspection and no-obligation quote on our heat treatment services to get on the right track to being completely bed bug free – for good!

About Bed Bug Habitats and Habits

The name bed bugs implies their domain and for the most part this is accurate but it is not all encompassing. Bed bugs reside in people’s bed or other furniture where people sleep.  For the most part, bed bugs are not found outside with the exception of certain nesting areas for birds and bats.

They like to be hidden during times of high activity. They prefer being somewhere without light so that they can feed unnoticed by the hosts. They can be found in obscure areas like seams of mattresses and other furniture and other areas. They can even be found inside of walls!

Bed bugs can be found in hotels, schools, offices, retail stores, restaurants, casinos, movie theaters, waiting rooms, hospitals, care facilities, shelters, airplanes, buses, and cars. They can live anywhere that is temperature controlled and where there is accessible food. 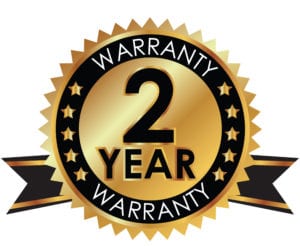 Bed Bud Pics & Video
Find out if you have bed bugs